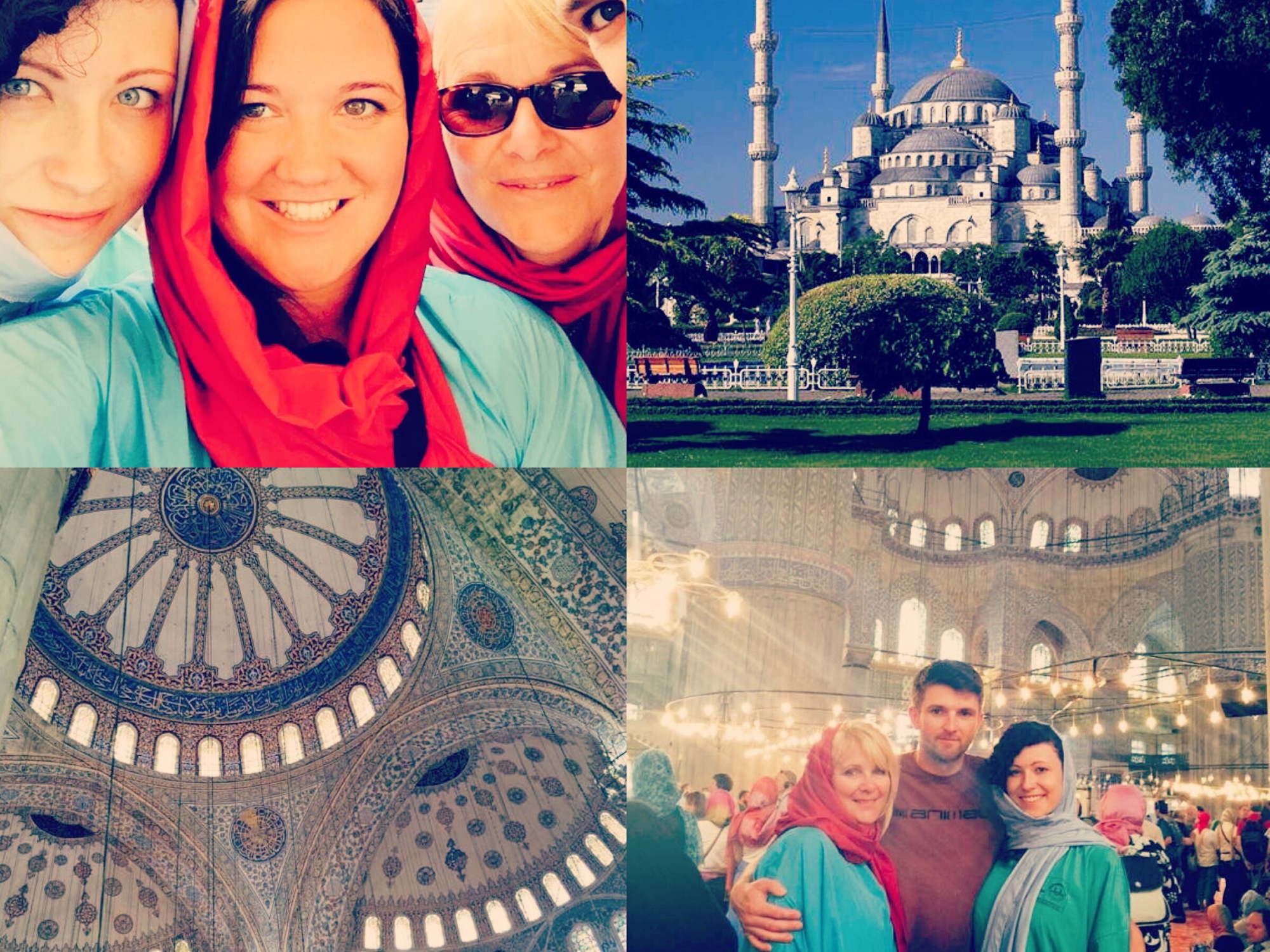 Istanbul is the largest city in Turkey, the old city pf Istanbul reflects the history and cultural influences of the many empires that once lived and ruled here.

Istanbul was the first stop in our trip, so we decided to explore the biggest city in turkey……… which we did…. as we walked over 6 miles !! Up like 100 hills,  Who does that!! t …. Who !! anyway we probably burnt off the whole entire cruise menu for the rest of the week. Insane.

Please note, i know nothing about mosques, i based this on the wonders of Wikipedia, there nothing like stating the facts !

Hagia Sophia is a former Greek Orthodox Church  later an imperial mosque, and now a museum.  From the date of its construction in 537 until 1453, it served as an Eastern orthodox cathedral and seat of the Patriarchate of Constantinople, except between 1204 and 1261, when it was converted to a Roman Catholic cathedral under the Latin empire. The building was a mosque from 29 May 1453 until 1931. It was then secularized  and opened as a museum on 1 February 1935.

The Blue Mosque
The Blue Mosque which is called  Sultanahmet Camii in Turkish its another historical mosque in Istanbul. The mosque is known as the Blue Mosque because of blue tiles surrounding the walls of interior design, which is stunning. The Mosque was built between 1609 and 1616. Just like many other mosques, it also comprises a tomb of the founder, a madrasa and a hospice.Besides still used as a mosque, the Sultan Ahmed Mosque has also become a popular tourist attraction in Istanbul.

The Grand Bazaar – The Grand Bazaar in Istanbul is one of the largest and oldest covered markets in the world, with 61 covered streets and over 3,000 shops which attract between 250,000 and 400,000 visitors daily. When you have been to turkey quite a  lot like i have, a bazaar is basically the same everywhere, but because this is the on of the biggest ones in the world its well worth a visit, its like being in the film labyrinth, with the walls changing, with new shops everywhere.

The Mosques: Experience the Culture

Shisha Bar: Now Turkey is well know for its Shisha, i don’t smoke, but when your in turkey there’s nothing wrong with having an Effes and a good old puff on the flavored Shisha.

Istanbul isn’t one of my fave places in the world, i have explored it all and probably wouldn’t choose to go back, but was great to experience.

One thought on “Istanbul, Turkey”