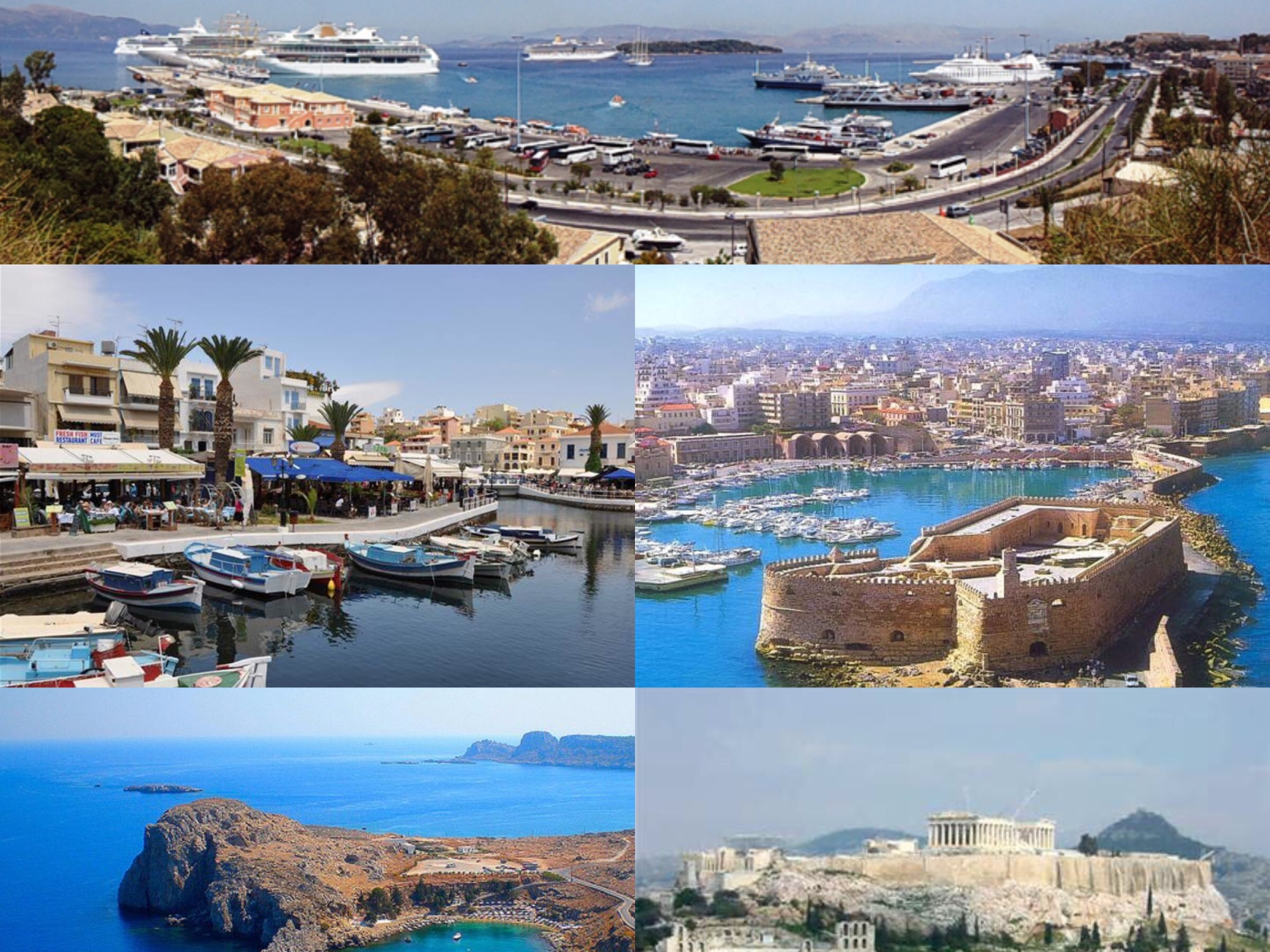 Factual things: Athens has been the center of Greek civilization for some 4,000 years. The capital of modern Greece, it’s still dominated by 5th-century-B.C.E. landmarks, including the Acropolis, a hilltop citadel topped with ancient buildings such as the colonnaded Parthenon temple.

My View: The Ship normally docks in Pireaus, which is an industrial port, this is where the boast will stock up on absolutely everything. I’ve never been to see the Acropolis or any of the ancient greek buildings/ruins, i was to busy trying to tan my Eskimo skin lol. There are mixed reviews, some peoples say its incredible and others, just a piece of rubble, but i guess it depends on what your into. i will definitely go and see it one day !

Factual Things: Rhodes, the largest of Greece’s Dodecanese islands, is known for its beach resorts, ancient ruins and structural remnants of its crusades-era.

My View: Rhodes again is one of my fave places to go to, and even though there is not a lot to do, its just so beautiful to walk through. Rhodes it just a place to relax and admire, the beaches and shops are lovely. Put this on your travel list people.

Factual Things: Heraklion is the largest city and the administrative capital of the island of Crete, Greece. It is one of the largest cities in Greece.

My View: As most islands and places in Greece heraklion has a lot of history involved with the island especially since its one of the largest. I didn’t really explore , just admired the beauty and went to the beach.

My View: Again another relaxing place, to socialise on beaches, cafes and bars. Such a beautiful place to explore the streets and shops.

Factual Things:Corfu, an island off Greece’s northwest coast in the Ionian Sea, is defined by rugged mountains and a resort-studded shoreline. Its rich culture reflects years spent under Italian, French and British rule before it was united with Greece in 1864. Beaches range from the fine sand and shallow waters of Ayios Georgios to the water sports and party atmosphere at Cavos.

My View: The surrounding port area is beautiful, and the town is lovely, with masses amount of shops and restaurants to explore and have greek food. i stayed it a corfu hotel along the beach, and i have to say i wasn’t keen.

The Greek islands are so close together you can just travel to the different islands by ferry, you may even want to go backpacking !!! Greece is so beautiful, you’d me mad not to explore it